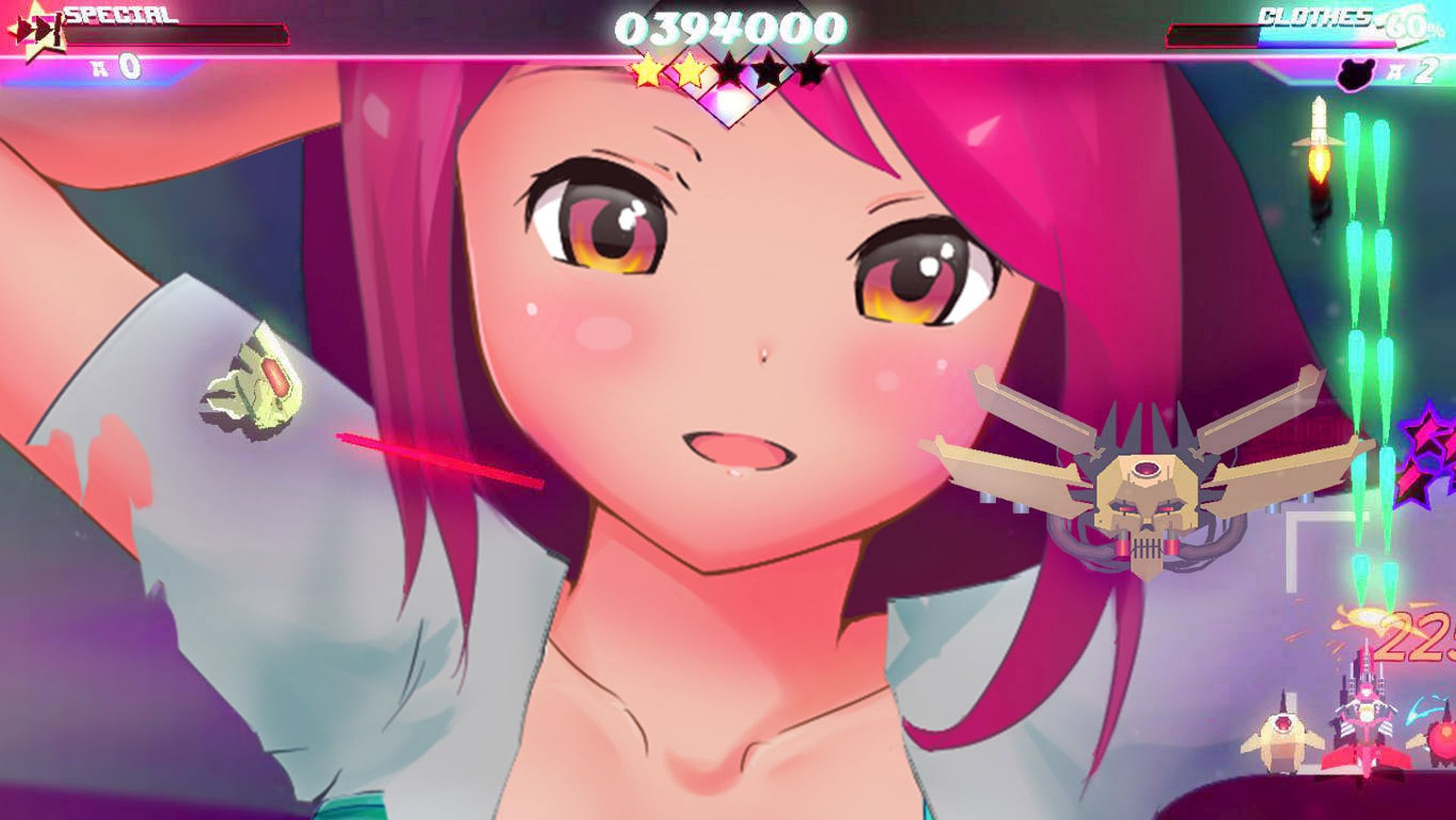 I originally picked this game up as a joke since it was so cheap, but soon became so enamored with the self-aware story and bumping synth wave soundtrack that I ended up picking up a copy for almost all of my friends I thought might be into it. DSW blew my initial expectations out of the water and just kept going.

Seems like a fairly well made game if a bit of a silly concept.

The story is simple without lacking depth of character. You’re playing as Bear, a perverted bear just looking for a one-way ticket to easy-street and some hot babes to enjoy along the way. Each of the girls you encounter are profiles on a dating app that include a full bio so you can get some insight into the character themselves. After completing the level you’re treated to a cut-scene with some very self-aware but not too cheesy dialogue between Bear and the girl he just encountered.

Does the story make sense? Umm sort of I guess. In the context of the game, I suppose there is something of a story line to be gleaned. There are big women and you are shooting their clothes off. What more do you want?

The characters in DSW, from Bear to the girls he encounters (I say encounters because he’s not quite dating them) actually have a reasonable amount of character depth to them. I mean, you aren’t going to write a biography on any of them any time soon, but the player gets enough information on the girls to know something about their personality. Their clothing and accessories tend to match their personality fairly well, and their cut-scenes after the level hold true to their character traits. Though they may not be incredibly deep characters, they are at least true to the personality traits established.

The main character, Bear, is a guy with a bear’s head on a motorbike that has space travel capabilities. The girls each have a little bio about them and they seem to stick to the personalities assigned to them in all of the dialogue. Overall, there is an impressive amount of character depth where there really didn’t need to be.

I’m not sure I can possibly praise the polished gameplay here enough. Deep Space Waifu builds upon the basic bullet hell game by not only having the player dodge incoming fire, destroy enemies, and gather power-ups, but also adds the element of needing to destroy the clothing of the girl you’re flying all over. Each girl has several layers of clothing to be removed throughout the level, these are represented by hit boxes with numbers in them. By shooting those boxes, the numbers get lower until they reach zero and the clothing takes damage, shown by a change in the art, until eventually you destroy a full piece of clothing to reveal what lies beneath. Usually this means that the player will be removing the outer layers of clothing for the first part of the level while also trying to stay alive and destroy enemies to gain stars to get a good overall rating. After a certain amount of time passes and you’ve made so many passes over the girl the boss fight begins. Oh, did I mention that these girls are HUGE. Your screen will pan and slide all over the girl as you’re playing, offering the player plenty of opportunity to appreciate each curve as you pass by.
Once you’re in the boss fight the damage boxes for the girls under garments will appear and you can begin to remove her clothing entirely. During this time, you’re also contending with dodging the incoming attacks from the boss while whittling his health bar down to nothing. Ideally, you get clothing removal to 100%, 5 stars, and don’t lose all of your lives in the process. At the end of the level you are rewarded with a full-body shot of the girl which you have the option to save to a gallery folder for later use, followed by her cut-scene.

The gameplay is excellent. It’s a classic bullet hell type game with the option for WASD or arrow keys. There is also one-handed mode where you only need to use the mouse. Further evidence that this game is very aware of what it is and what its clientele are going to tend to be.

Being that these games are on Steam and were on Steam before they stopped caring about the content, by default the animations for the girls have no nipples and no genitals. If you’re into mannequins, this is how you’ll wanna play. However, the folks at Neko Climax Studio have you covered. Enabling the nude patch is as simple as going into your game files and creating a new, blank text file and naming it “nude.patch” Legit, that’s it. Restart the game and you’ve got yourself a good time of nipples and genitals. BOOM!

It is exceptionally easy to install the DLC. It’s on Steam and you just have to click “install.” For the naughty patch it’s as simple as adding a new text file entitled “nude.patch” in the local game files. This gives you access to all the juicy “details.”

Neko Climax Studio, I applaud you for knowing your audience. When it comes to gameplay for DSW you have the option of “mouse-only mode” right from the start, meaning that you’ll use the mouse to move your ship all over the screen while using your mouse buttons to fire and activate your special attack. That means you’ve got one hand free to give yourself a good rubbing while you’re playing. The music provides a great beat to get off to and the slow buildup to getting the girl naked really helps to set the mood. Destroying enemies and dodging incoming fire keeps the players mind busy enough not to get bored while removing clothing and building up. For a really good time, try playing through the entire game, building up but not getting off until you face the last boss. All of that built up tension will have you blowing a hole in the drywall when you finally get off.

If you are the type to get off to bullet hell’s, boy is this for you. Personally, I get a little anxious playing these kinds of games as it is, which sort of kills the mood if you want to multitask in this fashion. The pictures you unlock for later, however, are very good for Fapability™ and can be accessed anytime so you can use them again and again.

The kink variety in the first DSW game and Academy is mostly centered around clothing style and personality type. They’ve got the self-centered model types, anime otaku, crazy psycho girls who will threaten your own mother for talking to you too kindly, and, of course, the Academy DLC adds the ever-popular school uniform to the roster as well. There’s not a huge variety of kink here, but what they do, they do well.

There’s no types of kink in this game really. There are a wide range of girls with various stereotypes represented, but not really anything kinky, per say.

On our patented 6 to Midnight scale, Deep Space Waifu gets a solid 10 from me. Deep Space Waifu is a great game to fap to if that’s what you’re looking to do, but it’s also a great bullet hell overall. With Gentlemen’s Mode as a challenge to clear levels without destroying any clothing, it can satisfy even the most challenge-hungry gamer. The studio did a fantastic job, the art is well done, and having 69 achievements on steam… you guys just get me!

This game gets an 8 from me. If I was comfortable fapping while playing the game, my rating would be higher, but honestly the anxiety of bullet hell’s kills it a little for me. However, the research material provided is more than sufficient to make up for that.

To hear more about our thoughts on Deep Space Waifu, be sure to check out the Six to Midnight Podcast on Spotify or wherever you get your podcasts! This review was featured on Episode 2: It’s Gonna be YUGE!