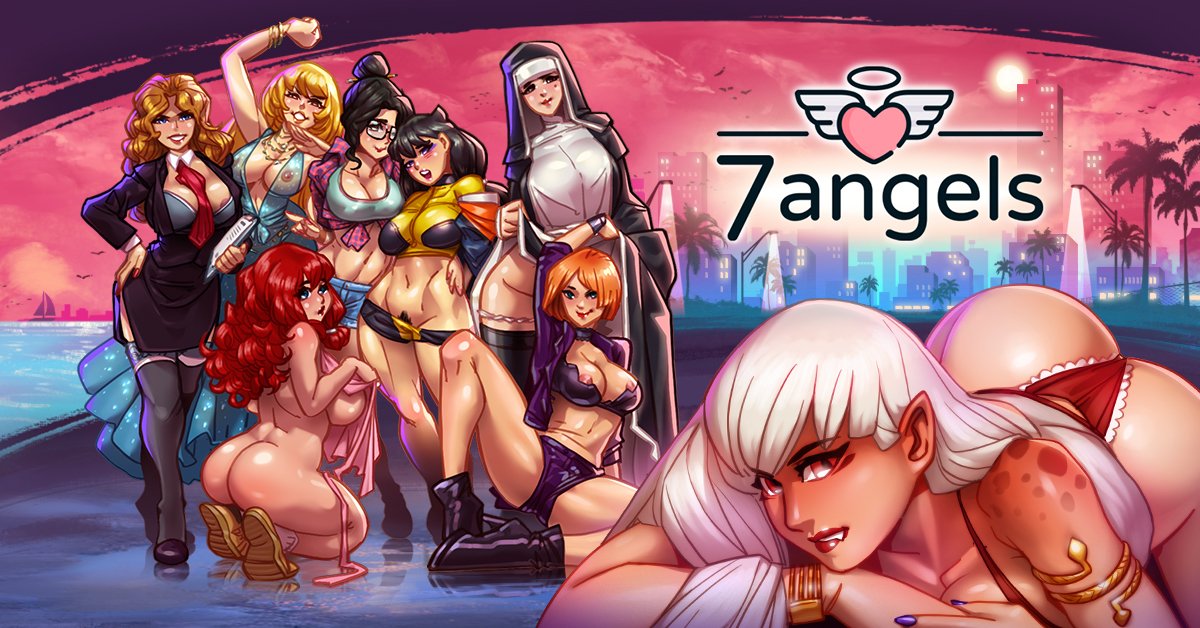 The format is great for a mobile platform. Utilizing the vertical format by imitating a messenger app was a brilliant design choice. Wait… am I playing this game or PAYING this game?

First impression of this game is that it has a great layout and the game design is great for a mobile game with a lot of promise in regards to concept.

Pretty sure I couldn’t afford to get to the actual plot of this game. Thankfully I think Al managed to get there before calling it a wash. Everyone I encountered in the part of the story I played was far too eager for the main character’s dick, like he was the last man on earth. Wish fulfillment for sure.

The story starts out pretty straightforward, but rapidly becomes a little hard to follow just by its sheer ridiculousness. By the end of the first chapter, it’s almost unsalvageable and the overarching plot just seems very cliche and kind of a cock block after all of the build up. It’s also worth mentioning that you could knit a sweater with the amount of loose plot threads that are left dangling throughout the course of this “story”.

The characters are mostly stereotypes with very little depth beyond their represented stereotype. The hot, dumb farm girl does hot, dumb farm girl things and so on. The main girl, Lilith, is stringing you along throughout this entire quest and by the end I wasn’t all that invested in sleeping with her after the HELL I went through getting there. As far as development goes, it was pretty much non-existent.

The actual gameplay itself was pretty solid throughout. Again, using the vertical format with a messenger style visual novel was brilliant and if the entire game was just that I would have been plenty satisfied. Sadly, it also delves into a candy-crush style color matching game to overcome challenges you couldn’t afford to pay your way through. These interruptions to gameplay really detract from the overall story and flow of the game as far as I’m concerned. I would love to see an adult visual novel for mobile make use of the text style vertical format throughout the full game. Something like Sarah is Missing but sexy instead of horror.

The game play is honestly pretty good. I think it’s a fun little game to play every so often. The genital balls that are used for the “connect-three” mechanic are hilarious and entertaining. I didn’t mind the ridiculousness of the game as much and I honestly had a pretty good time whenever I picked it up.

No patches or add-ons needed for adult content. The closest thing you have to mods in this game are the pay-to-sin mechanics where you can pay for an easy ride just to get to the next stage.

Well it’s a mobile game and honestly you have to download the entire Nutaku game server before you can install this game. Then you have to make sure both are updated or it won’t let you play. Easy enough to do, just annoying because it logs you out every time and you have to log in, refresh, install, refresh, select game, reload, log in again, and then finally play. That’s only when there is a new update though.

Sadly there was no part during this game that I felt like fapping was a good idea. During the color matching parts I assume one could possibly take some time to get off since that really only takes one hand, but it’s rather limited in regards to your visual stimulation. You’ve got the girl naked at the top of the screen and every time you match colors they flow up to her erogenous zones and cause her to moan, but that’s about it. This might have been more enjoyable if I knew enough about any of the characters to desire them in an intellectual way, but for me this just didn’t cut it.

It’s not at ALL easy to get off while playing this game. You have to go through a few levels to get to the pictures of the girls. On the other hand (-w-) once you unlock a picture of a girl, it’s unlocked forever and you can peruse it later for research purposes. If you’re the type that can get off to the same four or five images over and over, then this game may be for you. Personally, I find the art pretty enjoyable and there are definitely some pretty hot pictures that I have… made use of… I’m a simple man.

There is pretty much zero kink in this game. It won’t squick you out, but it also won’t give you pretty much anything beyond straight dude on straight girl action as far as I can tell. To be entirely fair, I’ve not made it much past the first chapter because of the absurd amount of in game currency required to progress.

I would Clock-Slap this game with a 7. Like the number of angels it would take to resurrect this game from the pay-to-sin life it chose, this game started out strong, but as soon as you start getting a chub your cock is blocked by the paywall mechanics or a long wait time. I hope you’re a fan of long-term edge play going only a few minutes at a time before having to wait until the morning before you can get back into it unless you feel like breaking out the wallet.

Overall this game gets a 7 from me. I had a good time playing it and to be entirely honest, I’m pretty easy. I enjoyed the art and I also greatly enjoyed being way better at this game than Proxy was. So for that fact alone, I got up to a 7 with this game.

To hear more about our thoughts on 7 Angels, be sure to check out the Six to Midnight Podcast on Spotify or wherever you get your podcasts! This review was featured on Episode 1: A Salty Surprise.