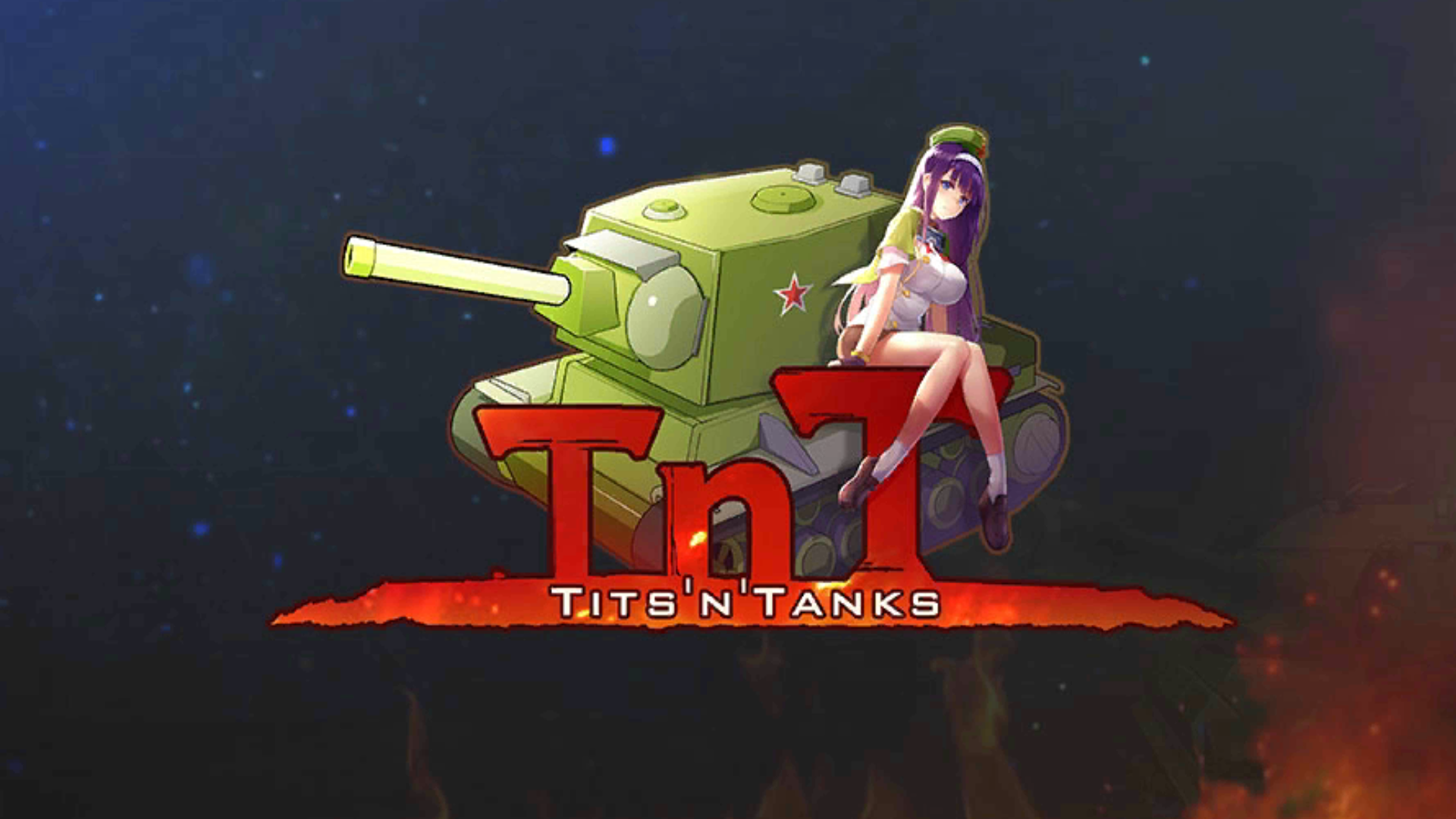 You might think that games like Tits N Tanks would be something you aren’t going to find on the Google Play Store, and you’re absolutely correct. Installation of one of these games involves heading over to Nutaku.net on your mobile device, or scanning a QR code from your browser to your phone. That will download the .apk install file for android apps.

If you’re familiar with installing .apk files, this process is nothing new to you, but for those unfamiliar, let me make a few notes for you:

In order to install an .apk file on your device from anywhere other than the Play Store, your phone is going to tell you that installation is blocked. This is done by default to prevent installation of malware or other non-standard applications. That means installing the app requires you to enable the installation of “unknown sources,” which can be a bit scary for some, especially if this isn’t your spare android device, as mine was.

After installing, Lookout Security immediately flagged TnT as malware, citing that it contains “in-app purchases.” If that’s a cause for malware, we’ve got to start having a serious talk with mobile game devs. Regardless, this was my test device, so I chose to ignore the alert and whitelist the game app. So far, still no issues. 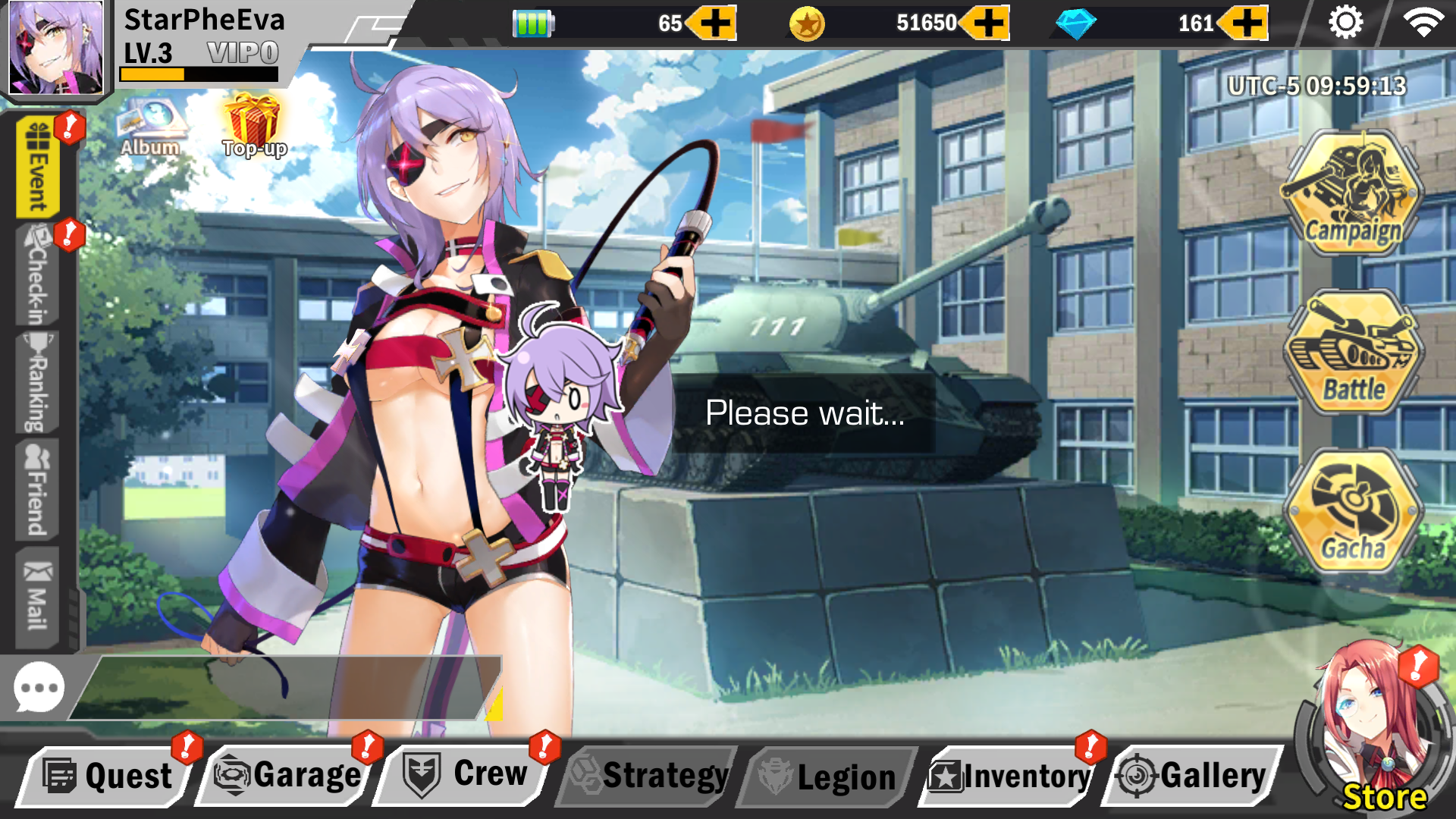 Although a bit more scandalous, it’s your typical mobile game home screen. Links to all of your daily rewards, upgrades, and, of course, the store, where you can pay real money for an in-game boost. I can’t speak to the quality of the upgrades or gear attained in this way as I’m both too broke and too stubborn to buy things in mobile games. Overall, the setup isn’t terrible. Some of the button taps feel like they’re a bit too precise at times, like the back button to get out of menus, which can be a hassle to hit up in the top left, especially if you have a case on your device.

Ok, not going to lie, this game took me by surprise with how smoothly it handled and how well designed the gameplay was. Expecting something like a dating sim, or Frank’s Adventure (for those old enough to remember those days of Newgrounds), I was surprised to find that the game itself was actually pretty engaging. 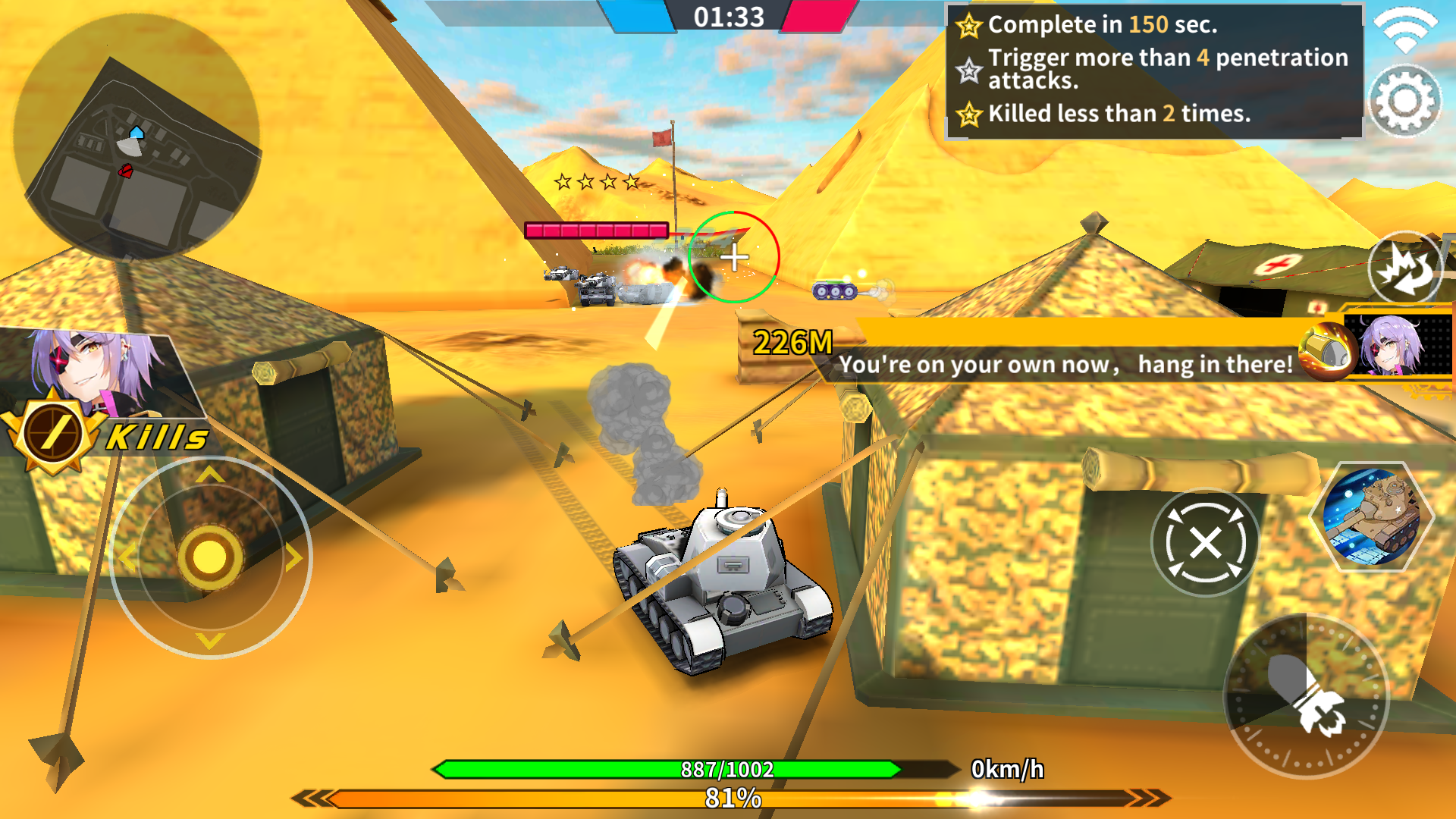 This screenshot sums it up pretty well. You’ve got your movement on the left side of the screen, attacks and auto-aim on the right. Movement actually feels pretty fluid as you’re traversing the battlefield, avoiding attacks and destroying enemies. Your main gun attack as a cooldown of a few seconds per shot, so you’ll be doing a lot of moving around to dodge enemy attacks. You can look left or right by swiping across the screen, but trying to aim in that manner is terrible. Enter target-assist.

Target assist allows you to lock onto an enemy in your field of view just by tapping it. You’ll stay locked on that enemy while you’re moving around as long as they don’t exit your field of view. Surprisingly, this didn’t cheapen the experience at all for me, as it’s your one tank against a whole team, so there’s plenty to pay attention to. 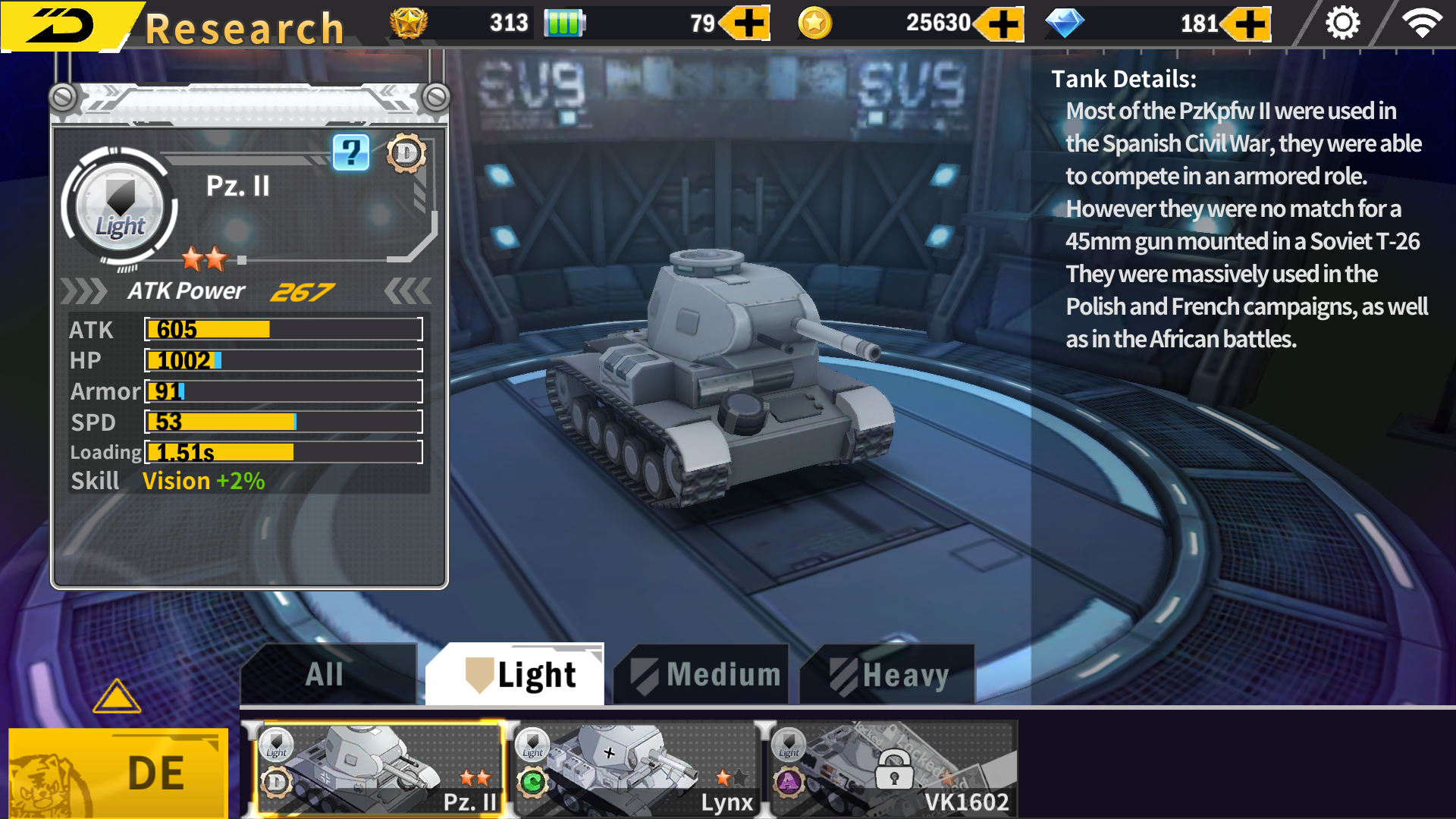 What fun would a game about tanks be if you couldn’t customize your tanks? As you progress through the game you can unlock and purchase new tanks to take into battle, each one having a brief description of its history, which is a pretty interesting way to work history into your game, Tits N Tanks, good job. 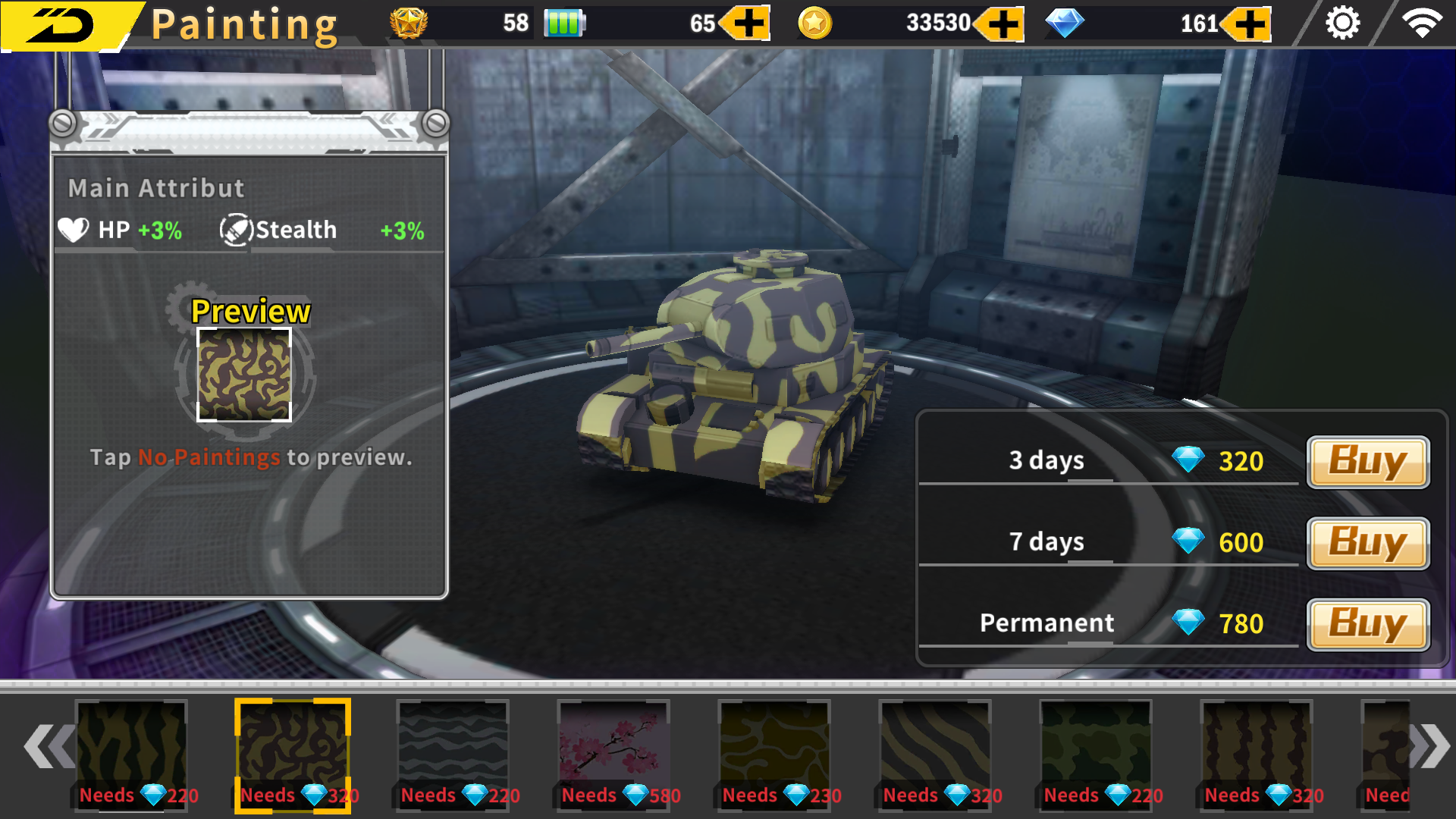 You’re able to purchase new skins for your tank as well. The skins cost diamonds (maybe gems, not sure what they’re calling them), which are attained in small amounts through winning battles, but likely in larger amounts by winning in-app-purchases (buying more with real money). As such, I haven’t picked one up for my tank. 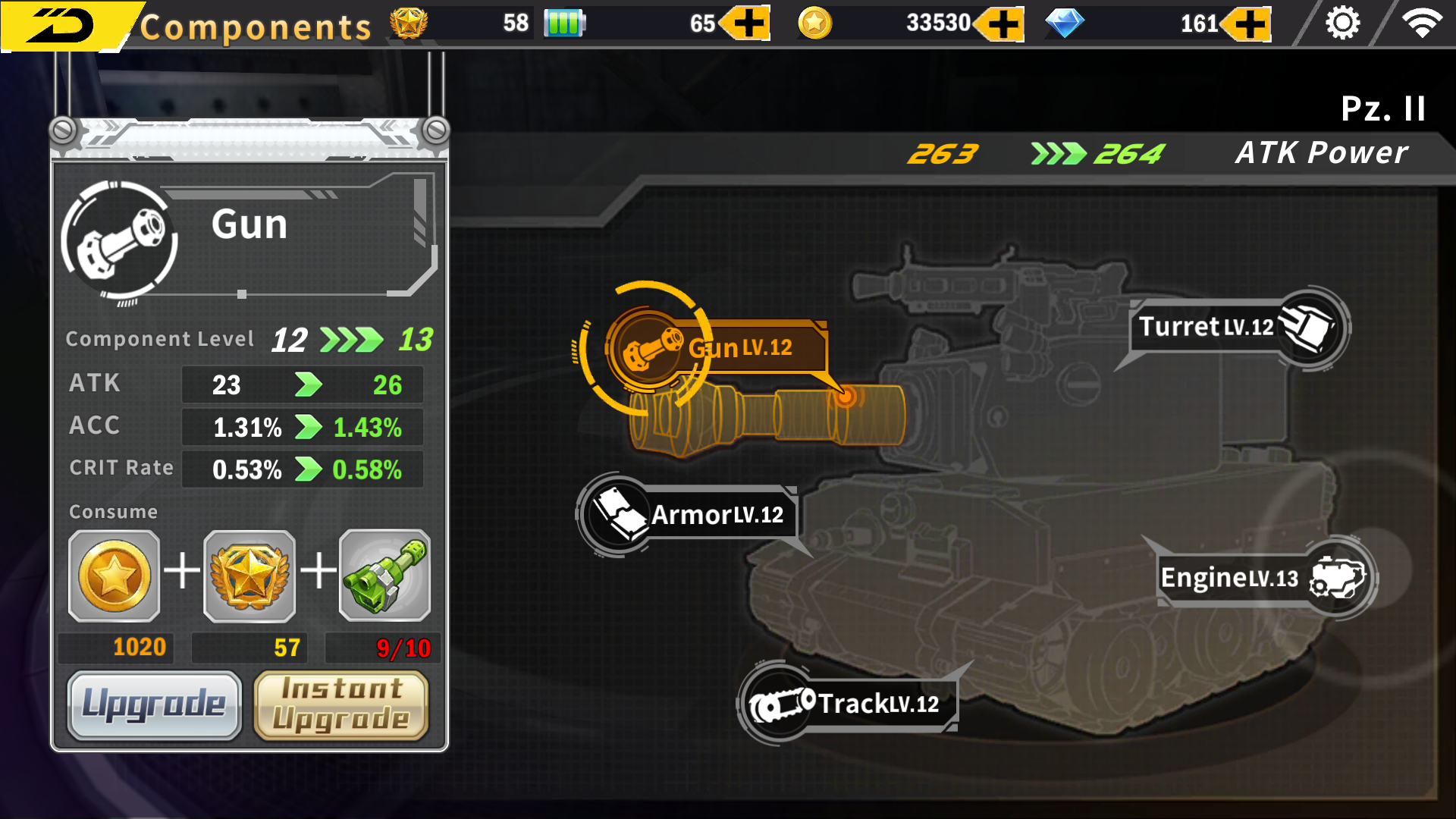 You can also upgrade the parts of your tanks. These only cost parts and coins, which are pretty plentiful as you win battles and progress the story. You can use “Upgrade” to upgrade the part one level, or “Instant Upgrade” to upgrade as much as you have parts for on a particular piece. I did have a lot of fun outfitting my tank with upgrades as I collected parts and won battles. 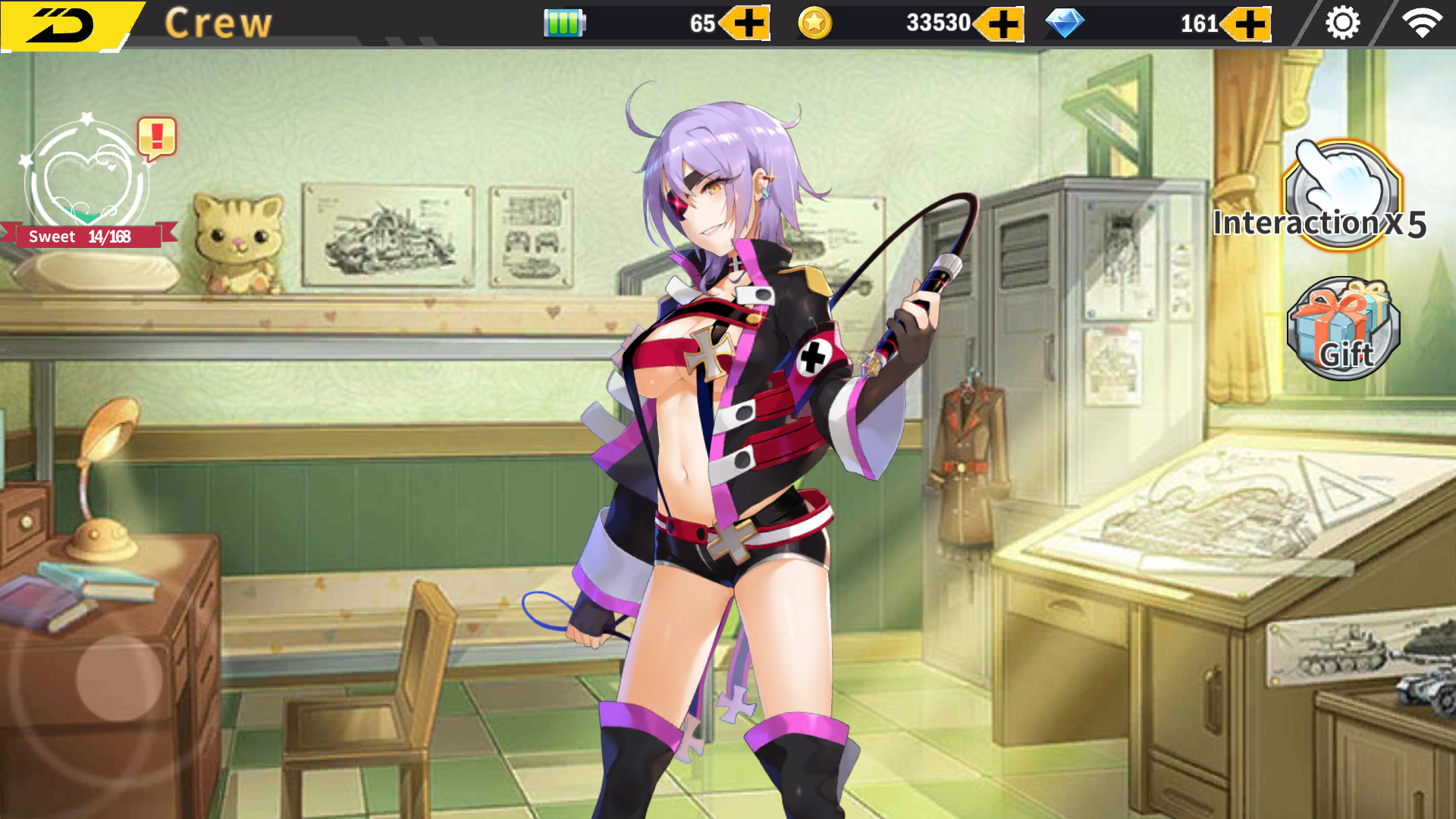 There’s a side game that you can play where you interact with your crew members. Interactions are a series of gift giving and possibly inappropriate touching that you do with individual crew members to raise their relationship level with you. It’s like a strange cross between a giga pet and a dating sim. 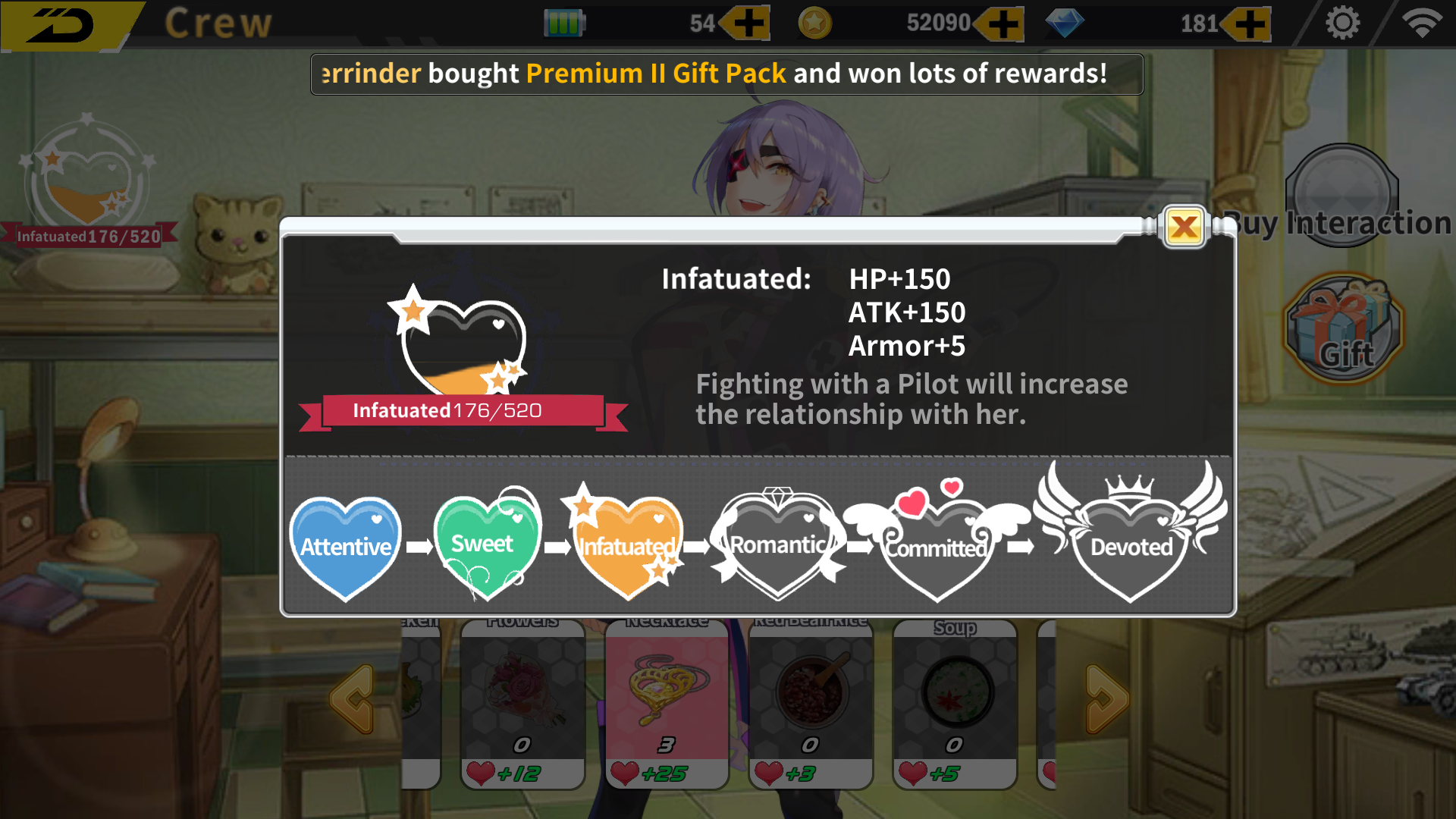 Even after putting all of my focus into one character, upgrading the relationship level has yet to yield any sort of adult content. It’s possible that there’s something to be had if you reach full level, but in the scope of this review, I don’t have that kind of time or money, so do with that what you will. 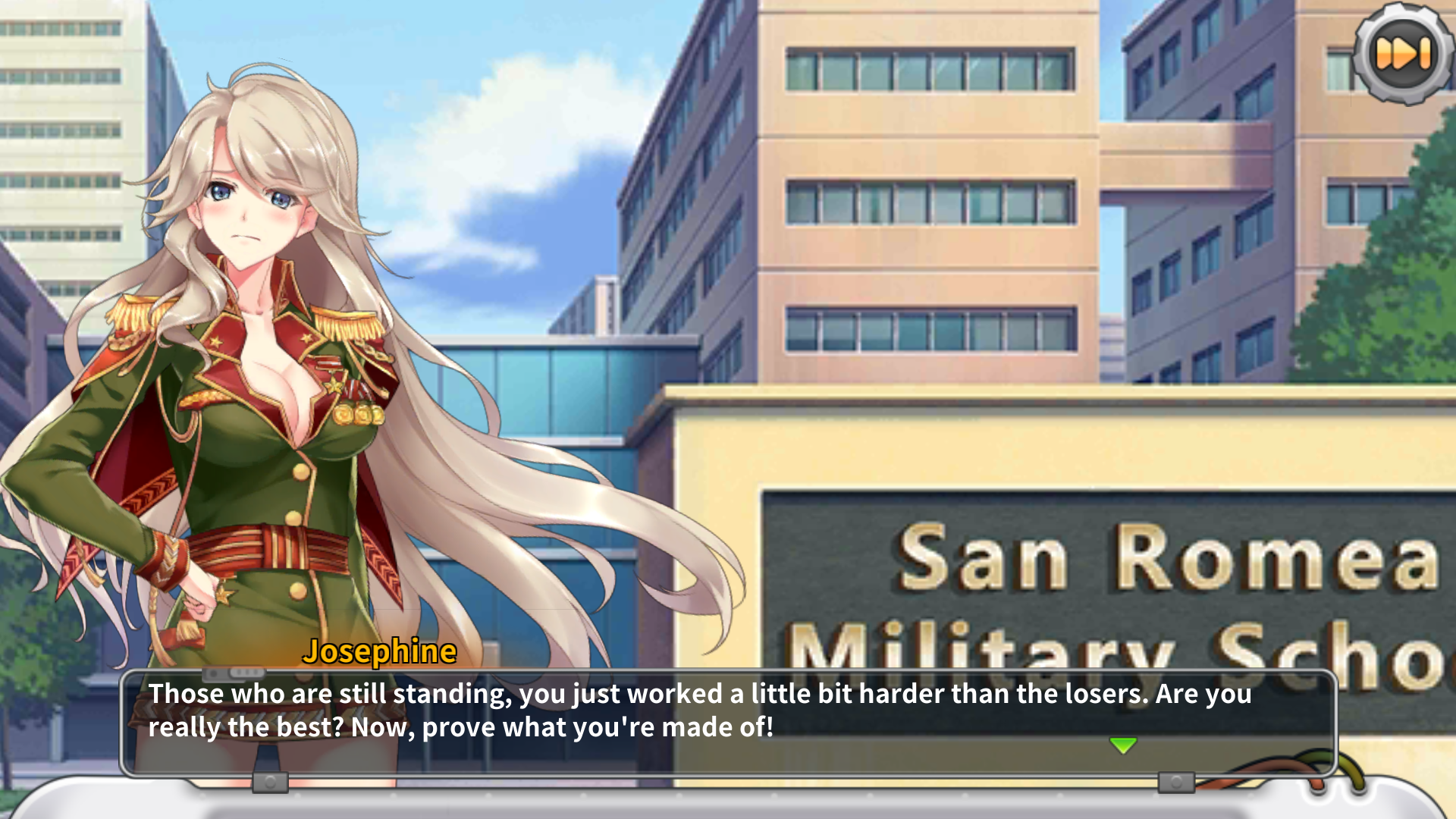 Ok, so I went into this figuring that most of the animation would be your run-of-the-mill anime drawings with minor and awkward movement provided by After Effects morphing or something along those lines. I was pleasantly surprised that the character models actually feel very 3-dimensional in their movements. The cel shaded graphics give it an artistic feel that I’m not used to in a mobile game and I mean that in a positive way.

During the interactions mentioned in the previous section, your pilot moves around as you touch them. I feel like it’s a process a little awkward for everyone involved, even the pilot, but again, the movements feel like movement, not just image distortion, which was a nice touch.

Ok, see that little “album” button up there in the top left of your home screen? Yeah, that’s where you’ll find your porn (once you’ve unlocked it, a process I’m still trying to figure out as of this writing). After getting through the first few missions of the story, you unlock a scene with our whip-toting, eye patch wearing pilot here. Unfortunately, this is where the surprising level of quality that this game has maintained up until this point drops out. We are treated to a static image – albeit well drawn – with text overlay conveying the story of why you’re here.

Ok, my issues with this game were very few. Possibly because I didn’t have high expectations going into it, but I feel it did a lot of things right as far as gameplay and graphics. My biggest issue was their use of loot crate graphics. See, you can unlock supply drops, crates dropped in by parachute, that carry supplies to help you out on your missions. See if you can see why this upset me. 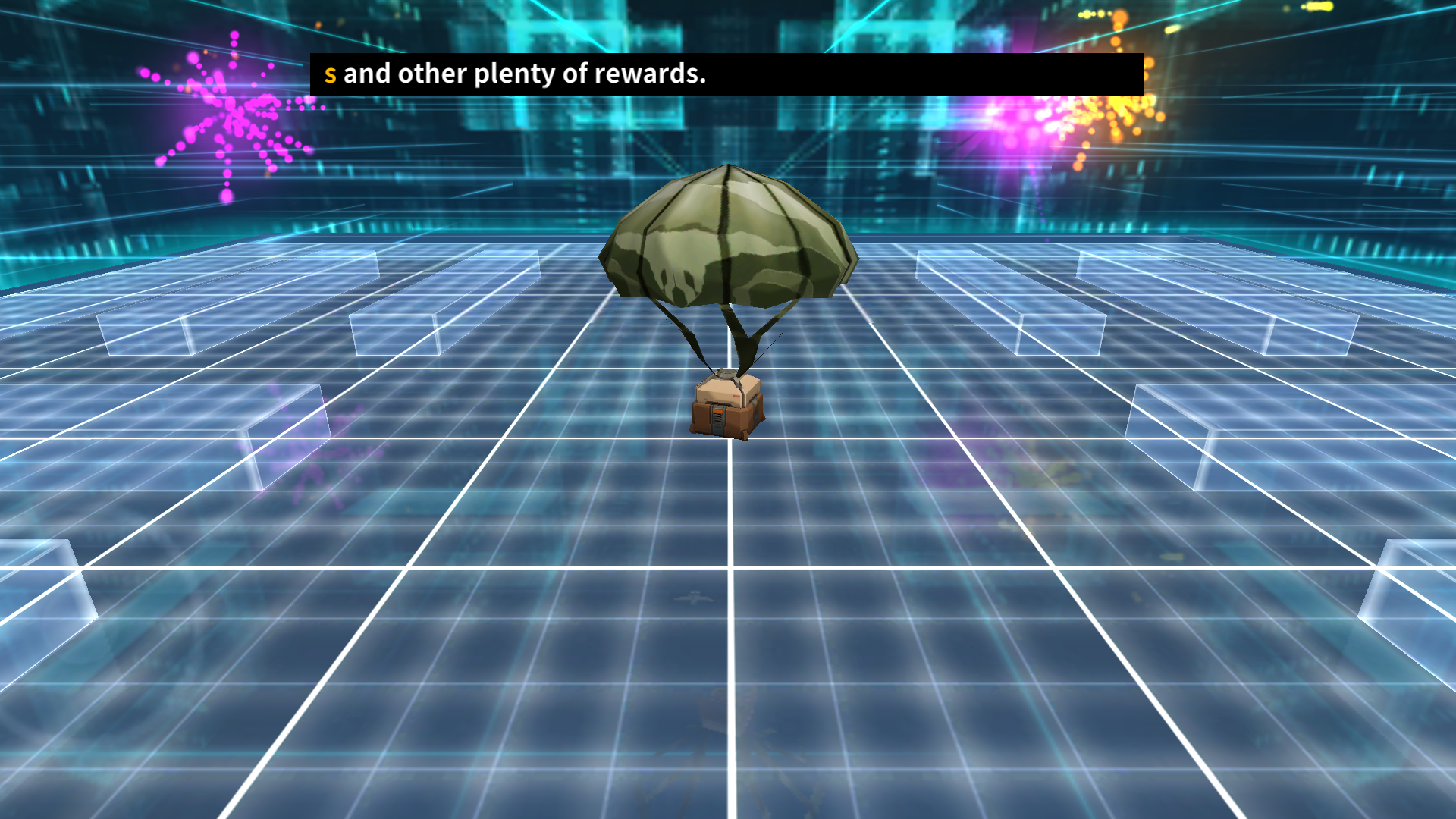 If you’re using a smaller screen you might not be able to see it, but that’s straight up a loot box from Overwatch. Of all the things this game did right, it failed me by recycling a loot crate from another popular game. Heck, a regular old wooden box would have done just fine, but this felt cheap.

Tits N Tanks wasn’t a bad game overall. As someone who doesn’t tend to get hooked on mobile games, this wasn’t any different for me. I don’t see myself continuing to play it going forward, but it was an interesting experience for a while.

I was also surprised at the serious lack of advertising this had for a free game. Starting up the game you’ll see one screen pop up that reminds you how well you could be doing if you only spent real money on things in the game, but beyond that (and your own desires to unlock things) I wasn’t bothered by even ONE ad, reminder to buy, or anything of that nature during my entire play experience. Compare that to some of the games you can get on the Play Store where you’ll be sitting through an un-skipable 30-second ad every few minutes or levels. If nothing else, I can say that Tits N Tanks seems to have a respect for their player base. That and sex sells, I’m sure. No doubt there are people out there that drop loads of cash on their busty tank-riding waifus, but that’s not me, and I appreciate that they respect that.

What do you think? Did I miss some key points? What more would you like to know about this type of game that I should include in my next review? Let me know on Facebook, Twitter, or through our Contact page and I’ll keep it in mind going forward.

Until next time, happy gaming!